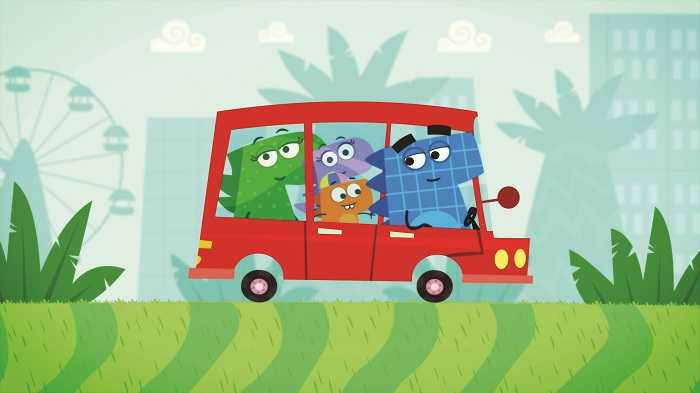 SPTN has picked up exclusive TV rights in the UK and Ireland to air the new 2D animated series on its popular preschool channel, Tiny Pop, from April 2021. Previous pre-sales include Italy’s DeA Kids, which has taken exclusive pay TV rights, pubcaster YLE, which has secured TV rights for Finland, and Canal+ in Poland. Recently, DinoCity gathered significant interest and landed on the Top Five most screened programs during MIPJunior 2020.

APC Kids managing director Lionel Marty says: “DinoCity is a fun, uplifting series that encourages creativity and focuses on the importance of family and friendship. We are very much looking forward to introducing Ricky and Tira to children in the UK and continuing to extend the show’s footprint internationally.”

Sony Pictures Television director of Kids Networks Craig Hunter says “We’re very excited that DinoCity is joining the Tiny Pop team from April 2021. The Tiny Pop channel is a place for fun and adventures, and the colourful and dynamic DinoCity series is guaranteed to become a firm favourite with our viewers and help fill their worlds with imagination and excitement.”

DinoCity is an original preschool series created by St Petersburg-based Riki Group, which portrays a family of dinosaurs in a perfect urban setting. Little Ricky and his elder sister Tira manage to turn most everyday situations into something quite extraordinary. Anything can become a new game, a new adventure for these kids. Their parents will often gladly join them in their playfulness and follow their crazy reasoning, in order to help them channel all that energy and imagination… and to make sure they do not turn the house upside down!

APC Kids co-invested in the production of the 52 x 5’ international version of the series and has exclusive distribution rights in all territories excluding Russia, CIS and China. APC Kids has brought on board Nigel Pickard as executive producer and Lee Waters (Floogals, Pet Squad) as script editor and Sharon Miller (Little Thomas) as voice director.